The Williams collection contains materials which relate to the development of education in Namibia. Through the work of the Commission on Higher Education, the collection documents the plans for education in a new independent Namibia including th... 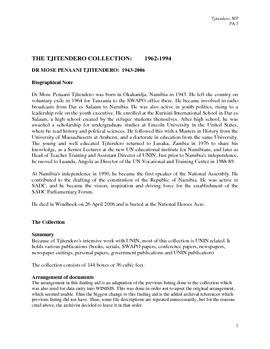 The collection, covering the period 1965 to 1988 (but also holding some documents from as far back as 1915) consists mainly of SWAPO documents on activities in and outside Namibia during the time for the struggle for the liberation of Namibia (See... 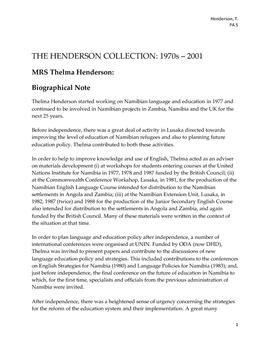 The Thelma Henderson collection of some 3-400 items covers the influential period of educational development from 1974 to 2001. It includes documents on colonial education, education in South West Africa, Namibia’s education problems, education an... 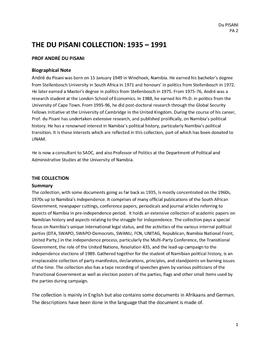 The collection, with some documents going as far back as 1935, is mostly concentrated on the 1960s, 1970s up to Namibia’s independence. It comprises of many official publications of the South African Government, newspaper cuttings, conference pape... 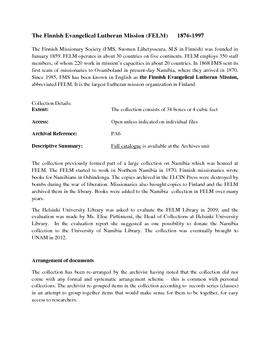 The Finnish Missionary Society (FMS, Suomen Lähetysseura, SLS in Finnish) was founded in January 1859. FELM operates in about 30 countries on five continents. FELM employs 350 staff members, of whom 220 work in mission’s capacities in about 20 cou...